Two of our directors – Ashley and Christine Nichols – are members of the London Freight Club. Ashley was Chairman in 2013-14 and Christine who was the first female member of the club will become Vice-chair in December 2021.

The Club is sponsored and supported by Atlantic Pacific Group companies and raises thousands of pounds per year for good causes, including Barnardos, Macmillan Cancer Support and Orchid, a Prostrate Cancer charity.

These pictures are of Ashley Nichols, Managing Director of Atlantic Pacific, and former Chairman of The London Freight Club accepting the “Lifetime Contribution Award” presented to the London Freight Club with other senior club members at the Global Freight Awards 2017 in London on the 16th November.

The Award was made to recognise The London Freight Club’s work since is foundation in 1952, its members past and present and the significant amount the club has donated to charities during this time. 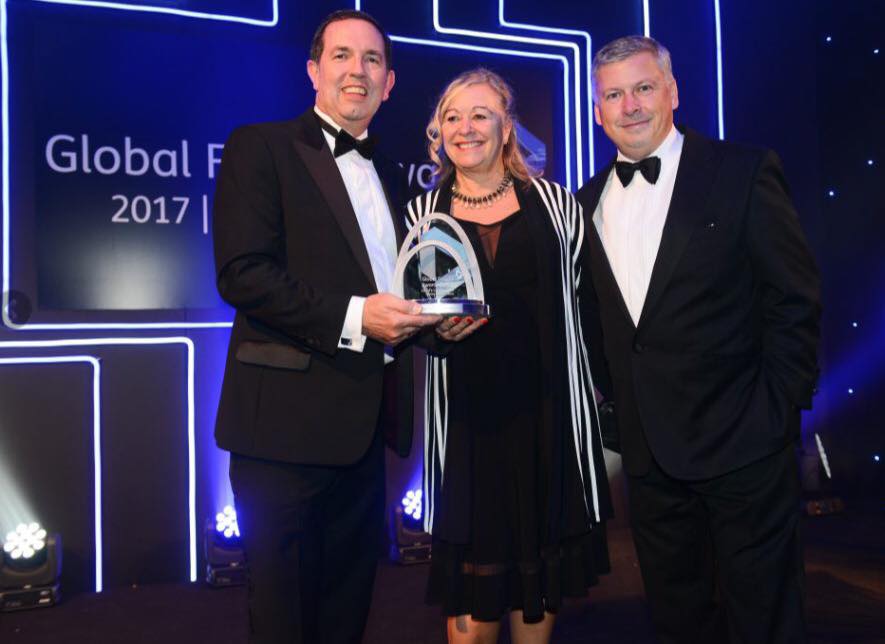